This past weekend while I was camping with my scouting group we tried a new recipe: campfire donuts. They were a BIG hit with everyone and really simple to make. 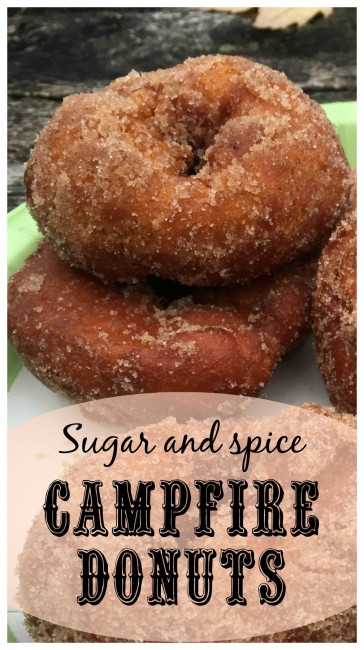 Step 1: Heat the oil until it is just about to boil; the temperature is right when little bubbles are forming on the pot. You do not want a rolling boil. (At first I had the oil too hot and it turned the first donut black in under 10 seconds!) 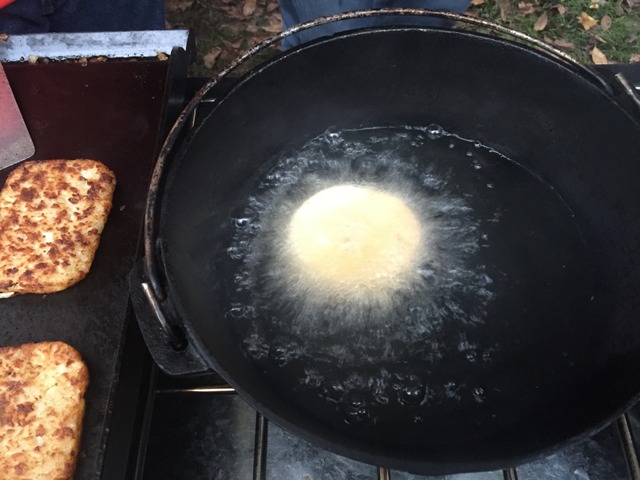 Step 2: Cut each biscuit in half (down the middle) so that each pre-sliced biscuit makes two round dough circles. Then poke a hole in the middle of each dough circle.

Step 3: Deep-fry the donut biscuits until both sides are golden brown. 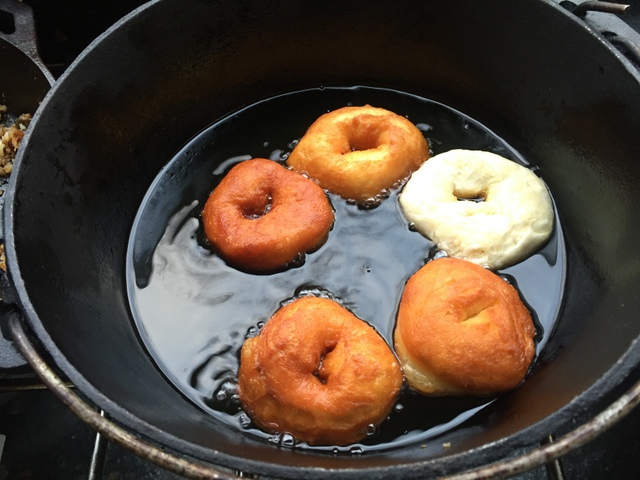 Step 4: Place the cinnamon and sugar in the brown lunch bag and shake to mix. When you remove the cooked donut from the oil, let any excess oil run off, then put it into the bag and shake until the donut is coated. 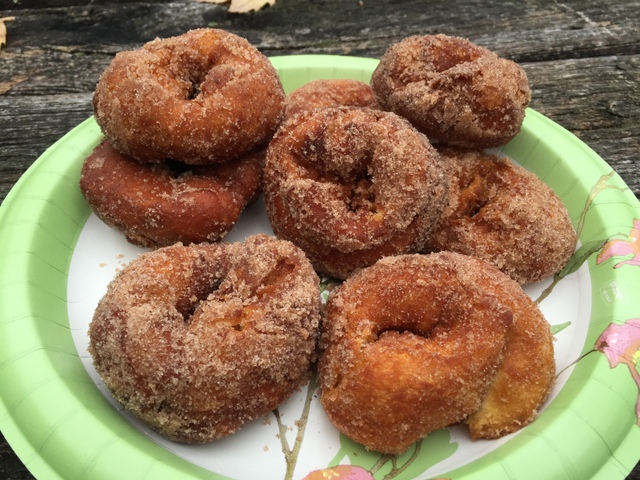 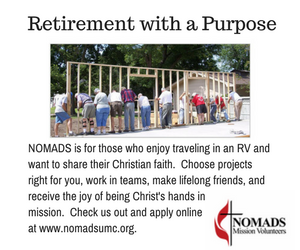